While there is no better job than illustrating material for children, I’ve managed to raise the bar a bit on the entire process in regards to the business side. First, using scanned food (yes, it gets a bit messy sometimes) as art saves time, and makes every trip to the grocery a lot more interesting. Second, one can eat all the mistakes as well as the successes. And third (the most important aspect of all), it’s tax deductible.

My next challenge will be to produce fine illustrative washes from high-end Cabernets and Syrahs. Woo hoo! 8D

This image is from a book dealing with kid's allergies. There are other references to healthy food in other books in the series, and in this one a pile of cocoa serves as a dirt pile.

What better to represent the sun than something that requires a lot of it? The navel orange is the obvious choice.

From an issue of Kids Discover magazine on the Mississippi River, a look at how a lock system operates (sans text), replete with broccoli used as trees along the bank.

An activity page (this from Kids Discover Telescopes) where, when faced with the prospect of drawing an entire planet, I found it much easier to pull a cantaloupe from the fridge, hang it from a wire, and pull out the trusty Nikon.

One of many semi-annual catalog covers produced for Williamson Publishing. In the process I discovered that several pieces of Dentyne stuck to a sheet of sandpaper was a wonderful substitute for a brick wall. My office reeked of cinammon for weeks afterward.

I just think brussel sprouts are funny regardless of what they're used for. This one just happened to end up as some kind of alien.

Along the lines of Dentyne as bricks (and not to show any gum-chewing favoritism), I've also discovered that sticks of Big Red make for excellent flooring. This image is from In the Days of Dinosaurs, by Howard Temperley. 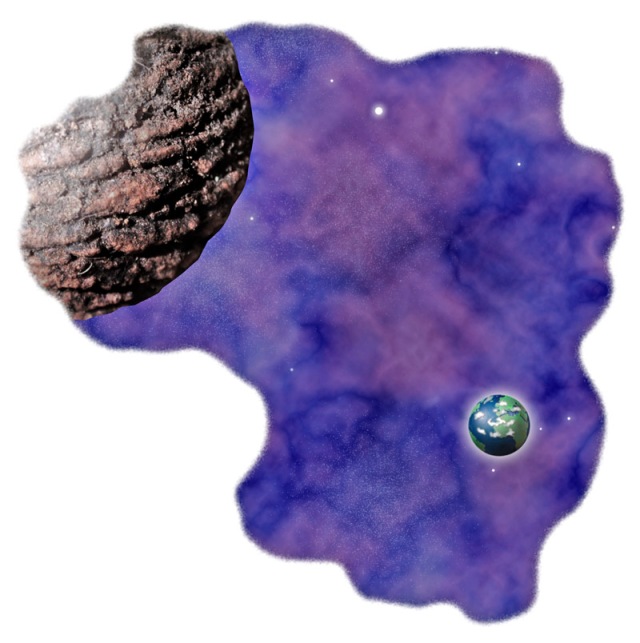 From that same book (In the Days of Dinosaurs) I was asked to illustrate the coming of the comet that brought about a mass extinction, and felt that a huge black walnut would suffice.

Another activity page from Kids Discover (this one on Mark Twain). To wit; cauliflower makes for terrific steam (and clouds). Some kids wrote in asking if I had used marshmallows for the cotton bales (blank tiles), but such was not the case. I probably will next time though...

This Punzle (it's a type of word search game) from Family Fun magazine is a conglomeration of things. The roof is made from a salmon skin; the steps are made from wheat bread, the trees from broccoli, the clouds from cauliflower, and the grass (though not edible) is made from one of those kitchen scrubber sponges. 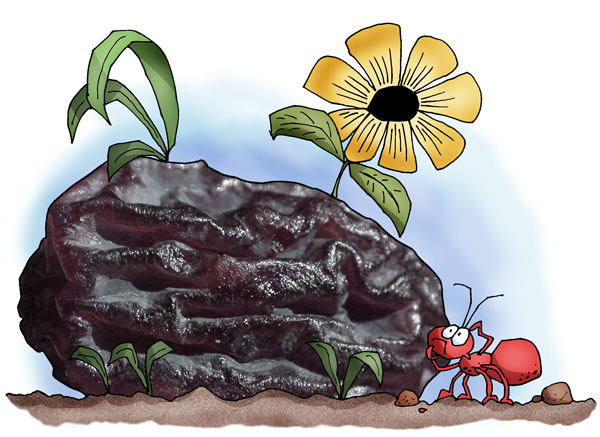 Raisins as rocks? Why not? Ask any ant. This image is from Kids Write by Rebecca Olien.